THE YEAR 2022MONTH BY MONTH


Street Photography and the associate websites and blogs are the elements of my main hobby. I say main, as I do have other hobbies.

Over the years I have experiments with different forms of hosting and software but as I have progressed I have found all hosting services to be very restrictive and constraining so I have tended towards self hosting solutions.

I have tried many software solutions but eventually settled of Rapidweaver however I do operate a number of Wordpress Sites which I will discontinue over the next two years.

One problem that I have had is that according to Google my sites failed to meet their strict requirements for mobile sites [Core Web Vitals]. I have tried multiple solutions but the changes have been minor. At best my rating was about 37% [today using Sparkle I have achieved 99%]

Recently things at Rapidweaver have become complicated and as a result I may not be able to totally depend on their software going forward so I have had to examine other solutions and one that I investigated is Sparkle which performs very well if Google Core Web Vitals is the gold standard. I should mention that I do intend to remain with Rapidweaver and I will employ their new solutions going forward but I will also employ other solutions. I am also testing Blocs 4 but at this stage do not have enough experience of the product to make any comments.

Web Vitals is an initiative by Google to provide unified guidance for quality signals that are essential to delivering a great user experience on the web.
Google has provided a number of tools over the years to measure and report on performance. Some developers are experts at using these tools, while others have found the abundance of both tools and metrics challenging to keep up with.
Site owners should not have to be performance gurus in order to understand the quality of experience they are delivering to their users. The Web Vitals initiative aims to simplify the landscape, and help sites focus on the metrics that matter most, the Core Web Vitals.

Core Web Vitals are the subset of Web Vitals that apply to all web pages, should be measured by all site owners, and will be surfaced across all Google tools. Each of the Core Web Vitals represents a distinct facet of the user experience, is measurable in the field, and reflects the real-world experience of a critical user-centric outcome.
The metrics that make up Core Web Vitals will evolve over time. The current set for 2020 focuses on three aspects of the user experience—loading, interactivity, and visual stability—and includes the following metrics (and their respective thresholds).
Site TitleSite Slogan

I have photographed the hungry tree many times over the last fifteen years but I only noticed this paint-a-box street art a few days ago.

The Hungry Tree in Dublin, near my apartment, is an eighty year old London Plane tree that appears to be in the process of devouring a cast iron bench. As the years have passed, the tree has grown, causing it to swallow the parts of the park bench that stands in its way. Its bark now spills over the back of the bench, making it appear as though the seat is being sucked into the tree’s mouth-like trunk.

As I was walking along the street a couple approached me complaining that they could not purchase a parking ticket as they could not find a ticket machine. They got really annoyed when I explained that it was a pedestrian only zone. They explained in no uncertain terms that they will never again to Dublin to shop.

Alternative Heat were engaged by Grangegorman Development Agency to design, fabricate, install and commission an Energy Centre at the former St Brendan's Hospital in central Dublin, to provide full LTHW provision through a DHN to the redeveloped 73-acre site, with uses including residential, commercial and a new campus for Tecnological University Dublin.

Blackrock railway station serves Blackrock in Dún Laoghaire–Rathdown, Ireland. It opened publicly on 17 December 1834 and is one of the three original stations on the Dublin and Kingstown Railway (D&KR), the oldest public passenger railway in Ireland. From the inception of the Dublin Area Rapid Transit (DART) service in 1984, all DART services stop at Blackrock.

My birthday is on New Year's Day and for the second year in a row I have had to cancel my birthday celebration at the Hungry Mexican Restaurant on Aston Quay.

Today 31 December I posted my 200,000 photograph on Flickr however I have published about one million photographs, in total, and many have appeared in books, book covers, magazines and elsewhere. Recently. Google informed me that one of my photographs has been viewed 160,000,000 times which would have been impressive if I had been paid.

When I started the “Streets Of Ireland” project back in 2005 my aim was to publish 100,000 photographs by the end of 2015 but with no real expectation that I would ever achieve such a target.

When I published photograph number 100,000 in November 2914 I was a bit surprised but more than a little bit pleased.

I published my first digital photograph via Flickr in January 2006 the camera used was a Canon IXUS i. At that stage I had been using the IXUS for about three years. I cannot remember why I used the Canon for my first Flickr photograph as my day-to-day camera at the time was a Sigma SD9. The SD9 ,on a good day, could produce some wonderful images but in general it was no at all suitable for street photography so in July 2006 I switched to a Canon 5D which was an amazing camera and was my favourite camera until I got a Sony NEX-7 towards the end of 2011.

Because of the floods in Thailand the NEX-7 was in short supply until 2012 but I was one of the lucky few who managed to get one in 2011. However, when I got it I was unable to source a suitable selection of lenses until 2012. Just before Christmas 2011 I discovered that the Sony VG10 Camcorder came complete with an 18–200 mm E-Mount lens that was compatible with the NEX-7. The 18-200mm lens was to retail, as a stand-alone lens, in Ireland at €1200 but would not be available for at least six months but as I was offered the complete camcorder kit at €1600 I decided to purchase the NEX-VG10E. Since then I have purchased a Sony A7RII, A7RIII and currently my main camera is the Sony A7RIV. I still use the VG10E.

However, in later 2021, because of Covid-19 restrictions and because I wish to avoid attraction unwelcome attention I now use an Apple iPhone 12 Pro Max which produces acceptable images.
Site TitleSite Slogan

THE MARDYKE WALKCORK CITY MAY 2022

THE KINGSLEY PEDESTRIAN BRIDGE AND NEARBY IN MAY 2022

THE BEGGARMAN PUB98 STREET AND GILLABBEY STREET MAY 2022

MURAL BY FRIZ NOONAN ROAD IN CORK MAY 2022

TIVOLI DOCKSMAY 2022 AS SEEN FROM THE CORK MARINA

A WALK ALONG THE MARINAMAY 2022

CITY BY PAT O'SULLIVANSOUTH MALL IN CORK MAY 2022

DALY'S BRIDGE PHOTOGRAPHED MAY 2022KNOWN LOCALLY AS THE SHAKEY BRIDGE

THE GLUCKSMANCORK UNIVERSITY CAMPUS MAY 2022

GABRIEL HOUSE GUESTHOUSEIT REALLY IS THE HOUSE ON THE HILL 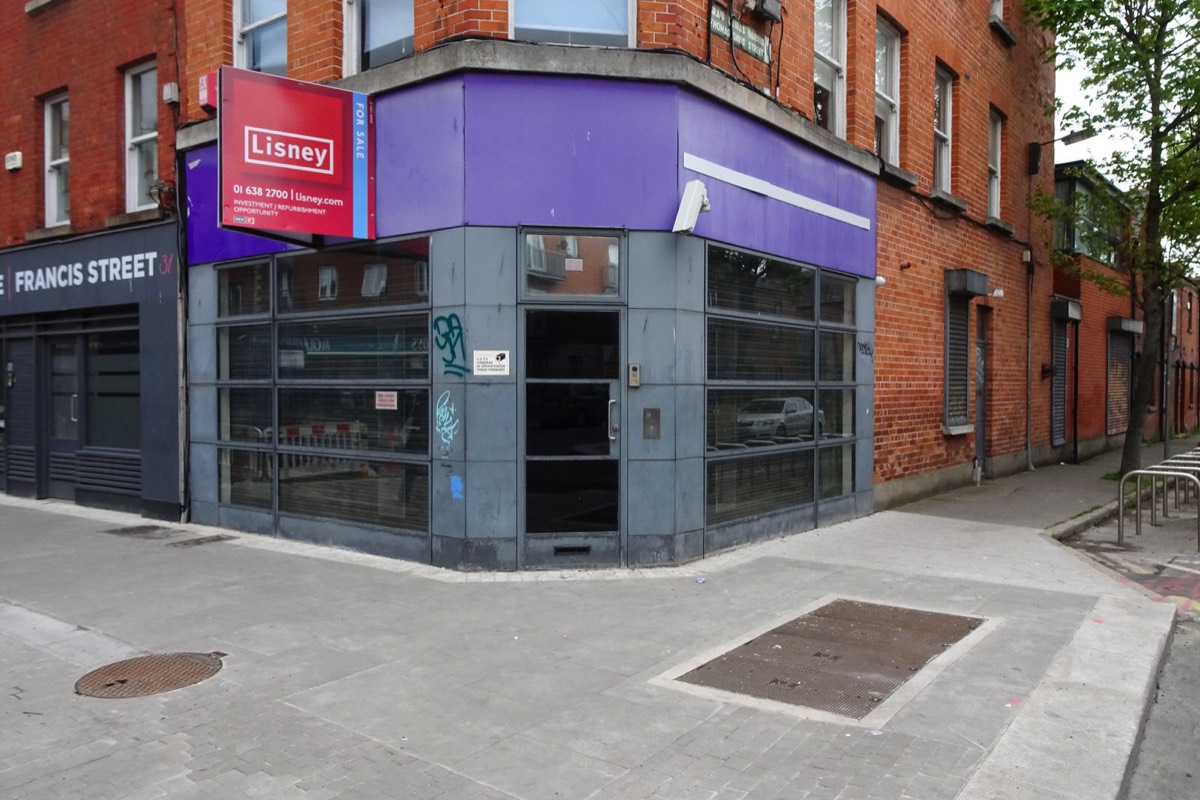 THE BIKE YARD HAS DISAPPEAREDRYDERS ROW MAY 2022

THE BLACK BRIDGE AT PLASSEYPHOTOGRAPHED APRIL 2022

THE LIVING BRIDGEAPRIL 2022 VISIT TO LIMERICK

EXPENSIVE BUT IT IS BEST TO AVOID THIRD PARTY BATTERIES