NEW FASTER SITE - GIVE IT A TRY

[14 November 2021] We have also upgraded to PHP 8.0.8 and will update again as and when any updates become available.

Going forward, with some exceptions, all of my published photographs will be geotagged and appropriated maps will be also published. It should be noted that I still use a number of older digital cameras such as the Canon 1Ds MkIII and Sigma Quattro DP units for which geotagging is not possible. There was a unit available for the Canon 1Ds III but I found it to be unusable.

I have always wanted to Geotag my photographs but most attempts and solutions failed until I purchased my Sony A7RIV (an iPhone was also required). I actually purchased an iPhone 12 Pro Max in order to capture Geotagged RAW images.

Geotagging, or GeoTagging, is the process of adding geographical identification metadata to various media such as a geotagged photograph or video, websites, SMS messages, QR Codes or RSS feeds and is a form of geospatial metadata. This data usually consists of latitude and longitude coordinates, though they can also include altitude, bearing, distance, accuracy data, and place names, and perhaps a time stamp.

Geotagging can help users find a wide variety of location-specific information from a device. For instance, someone can find images taken near a given location by entering latitude and longitude coordinates into a suitable image search engine. Geotagging-enabled information services can also potentially be used to find location-based news, websites, or other resources. Geotagging can tell users the location of the content of a given picture or other media or the point of view, and conversely on some media platforms show media relevant to a given location.

The geographical location data used in geotagging can, in almost every case, be derived from the global positioning system, and based on a latitude/longitude-coordinate system that presents each location on the earth from 180° west through 180° east along the Equator and 90° north through 90° south along the prime meridian.

The related term geocoding refers to the process of taking non-coordinate-based geographical identifiers, such as a street address, and finding associated geographic coordinates (or vice versa for reverse geocoding). Such techniques can be used together with geotagging to provide alternative search techniques.

GEOTAGGED PHOTOGRAPHY AND THE ISSUES

A geotagged photograph is a photograph which is associated with a geographic position by geotagging. Usually this is done by assigning at least a latitude and longitude to the image, and optionally elevation, compass bearing and other fields may also be included.

In theory, every part of a picture can be tied to a geographic location, but in the most typical application, only the position of the photographer is associated with the entire digital image. This has implications for search and retrieval. For example, photos of a mountain summit can be taken from different positions miles apart. To find all images of a particular summit in an image database, all photos taken within a reasonable distance must be considered. The point position of the photographer can in some cases include the bearing, the direction the camera was pointing, as well as the elevation and the DOP.

There are a few methods of geotagging photographs, either automatic or manual. Automatic methods provide the easiest and most precise method of geotagging an image, providing that a good signal has been acquired at the time of taking the photo.

Several manufacturers offer cameras with a built-in GPS receiver, but most cameras with this capability are camera phones, as camera manufacturers after initial experience in the market came to treat GPS cameras as a niche market.[ The 2008 Nikon P6000, for example, an early geotagging camera, was replaced in 2010 by the P7000 which lacked that feature. Some models also include a compass to indicate the direction the camera was facing when the picture was taken.

The D1X and D1H that Nikon introduced in 2002 included a GPS interface.[3] In 2006 the first special GPS receiver for Nikon was produced by Dawntech. Since 2009 Nikon has sold its own Geotagger GP-1. Canon uses the USB socket on the wireless file transmitter unit (WFT) as the GPS interface.

Some digital cameras and camera phones support an external GPS receiver connected by cable, or inserted into the memory card slot or flash shoe. The Samsung SH100 can connect using Wi-Fi to get position data from a GPS-enabled smartphone. Generally the relevant GPS data is automatically stored in the photo's Exif information when the photo is taken. A connected GPS will generally remain switched on continuously, requiring power, and will then have location information available immediately when the camera is switched on.

Many GPS-ready cameras are currently available, made by manufacturers such as Nikon, Fujifilm, Sony and Panasonic. Automatic geotagging combined with real-time transfer and publishing results in real-time tagging.

Synchronizing with a separate GPS

Based on experience this is not a solution that one can depend on.

Most cameras sold today do not contain a built-in GPS receiver; however, an external location-aware device, such as a hand-held GPS logger, can still be used with a non-GPS digital camera for geotagging. The photo is taken without geographical information and is processed later using software in conjunction with the GPS data. Timestamps made by the camera can be compared with timestamps in the recorded GPS information, provided that the clocks in the separate devices can be synchronized. The resulting coordinates can then be added to the Exif information of the photo.

Location information can also be added to photos, for example via its Exif specification that has fields for longitude/latitude, even if no GPS device was present when the photo was taken.

The information can be entered by directly giving the coordinates or by selecting a location from a map using software tools. Some tools allow entry of tags such as city, postal code or a street address. Geocoding and reverse geocoding can be used to convert between locations and addresses.

Manual geotagging also introduces possibilities of error, where a photograph's location is incorrectly represented by wrong coordinates. An advanced comparative analysis of such photos with the total collection set of all photos available from the surrounding coordinates, needs to be done to single out and flag such photos, but such a software's value, need and purpose could be limited in today's environment where almost every smartphone and camera have geotagging built-in and users do not need to manually enter this information.

Some manufacturers of military and professional mapping-grade GPS instruments have integrated a GPS receiver with a laser rangefinder and digital camera. These multi-functional tools are able to determine a remote subject's GPS position by calculating the subject's geographic location relative to the camera's GPS position. These instruments are commonly used in military applications when an aircraft or operator is targeting an area, the position is inaccessible (for example over a valley or wetland), there are personal health & safety concerns (motorway traffic), or the user wants to quickly capture multiple targets from a single, safe position (trees, street signage and furniture).

Civilian integrated GPS cameras with rangefinders and remote standoff capability are currently available made by manufacturers such as Ricoh and Surveylab.

When geotagged photos are uploaded to online sharing communities such as Flickr, Panoramio or Moblog, the photo can be placed onto a map to view the location the photo was taken. In this way, users can browse photos from a map, search for photos from a given area, and find related photos of the same place from other users.

Many smartphones automatically geotag their photos by default. Photographers who prefer not to reveal their location can turn this feature off. Additionally smartphones can use their GPS to geotag photos taken with an external camera.

Geotagged photos may be visually stamped with their GPS location information using software tools. A stamped photo affords universal and cross-platform viewing of the photo's location, and offers the security of retaining that location information in the event of metadata corruption, or if file metadata is stripped from a photo, e.g. when uploading to various online photo sharing communities.

NEW: FASTER SITE GIVE IT A TRY

Many of the pages on this site were lazy loaded as soon as the home page had finished loading. This happens in the background and the user never sees the delay.

When you click some of the links in the menus above, the pages will display immediately as they were already loaded and ready to display despite having a lot of images on them.

The teapot slideshow below is an example of lazy loading My main hobby is Street Photography but I have many other interests including blogging, computers and electronics in general.

Currently I operate a number of websites in order to promote my interests and through my sites I have made available a really large catalog of photographs many of which are available to anyone who wishes to use them. 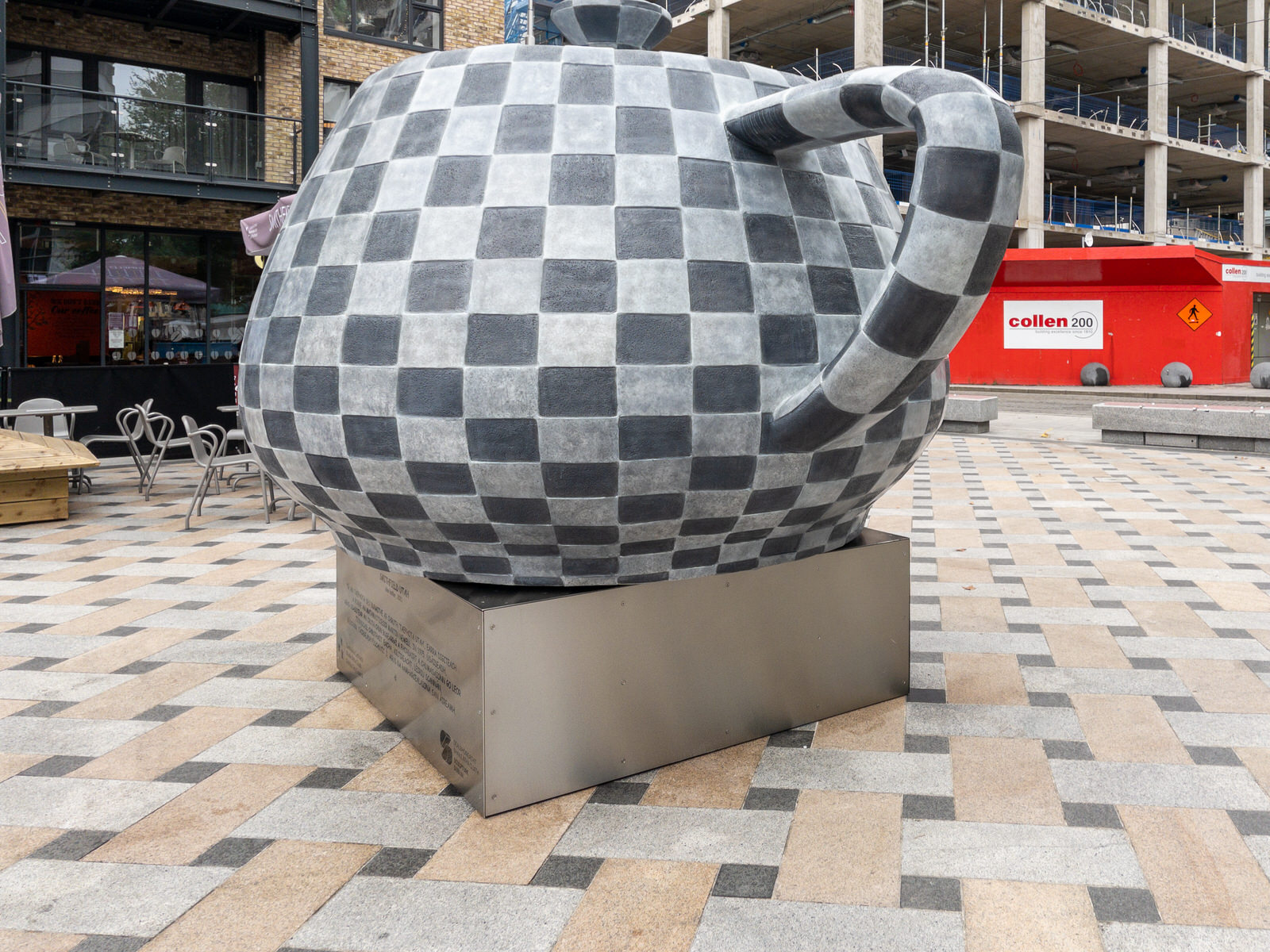 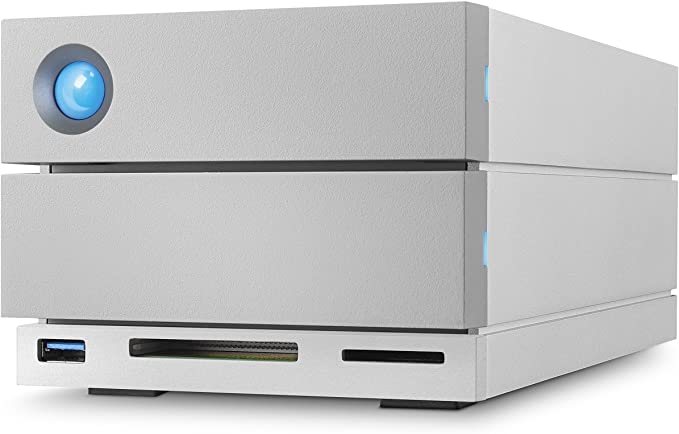 I USE THIS AND IT IS ALREADY FULL

One of the biggest ongoing problems that I have is storage and the problems gets worse by the year. 4 Years ago I purchased two LaCie 8TB thunder bolt drives and eighteen months later I purchased a 12TB drive and then in August of 2019 I needed a 20TB unit and it is already full. I do have an aggressive backup policy which does require a lot of storage so i suppose that I should not be surprised. I should mention that I use Amazon Photos and currently am using 12TB of online storage.

I REALLY DO NEED A SOLUTION

COPYRIGHT INFORMATION BELOW APPLIES ONLY TO PHOTOGRAPHS