In a way this is weird.

Back in 2004, A bronze plaque commemorating a priest named Fr. Pat Noise appeared on O’Connell Bridge. The inscription stated that “He died under suspicious circumstances when his carriage plunged into the Liffey on August 10th 1919”. I noticed it as soon as it appeared but when I tried to find more information there was nothing to be found. [it was a hoax]

As it is difficult to see the plaque because of its location there was no official reaction until 2006 when it was decided to remove it but for various reasons it has not been removed and it is most likely that it will remain as a tourist attraction.
OTHER BRIDGES IN DUBLIN 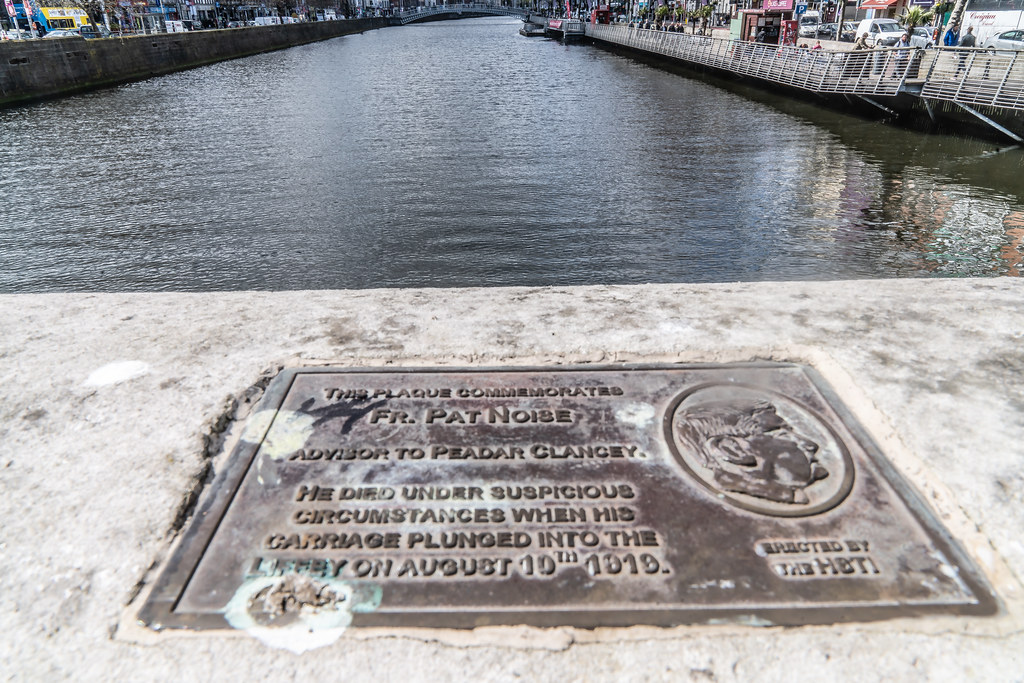 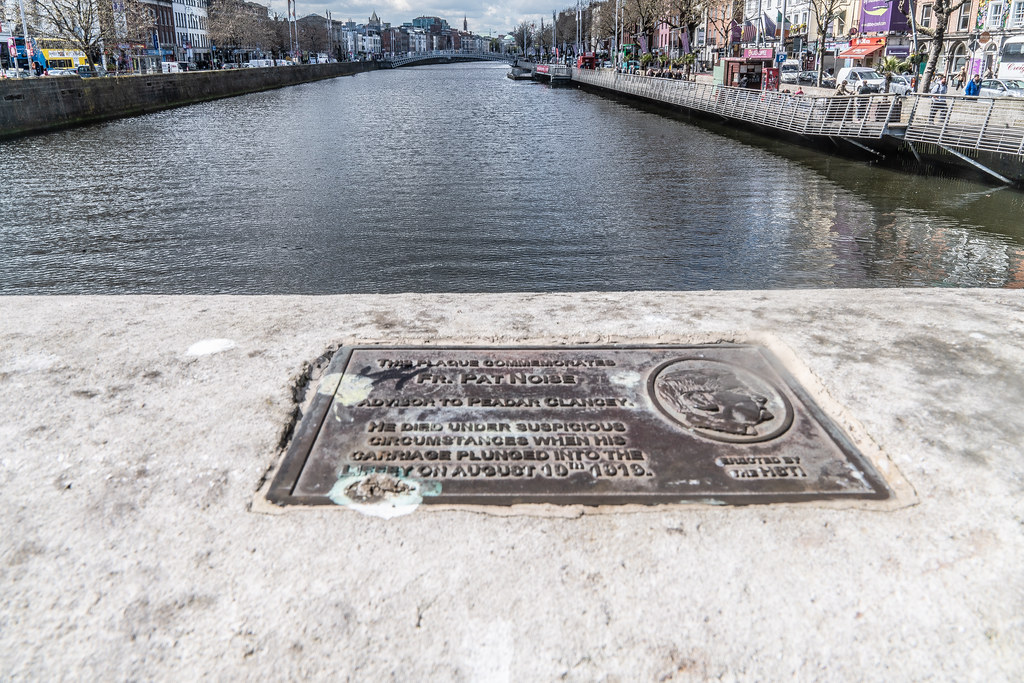