This is located at Saint Clare Terrace on Mount Drummond Avenue in Harold's Cross.

If you are not from Ireland you mat be unaware of 'Marian Statues' and if you are younger that rather than older you may also be unaware of them and even if you pass by one on a daily basis you may not have give it much thought. There are about 20 or 30 in Dublin alone and most of them are located on public land in what were working class areas back in the 1950s. One or two are located on private property with the statue at Broadstone Station being one example.

Most were financed and erected ahead of the Marian Year of 1954 when entire communities mobilised to have a statue in their area. If you were female and you were born in 1954 there is a very strong possibility that your name is Marian. 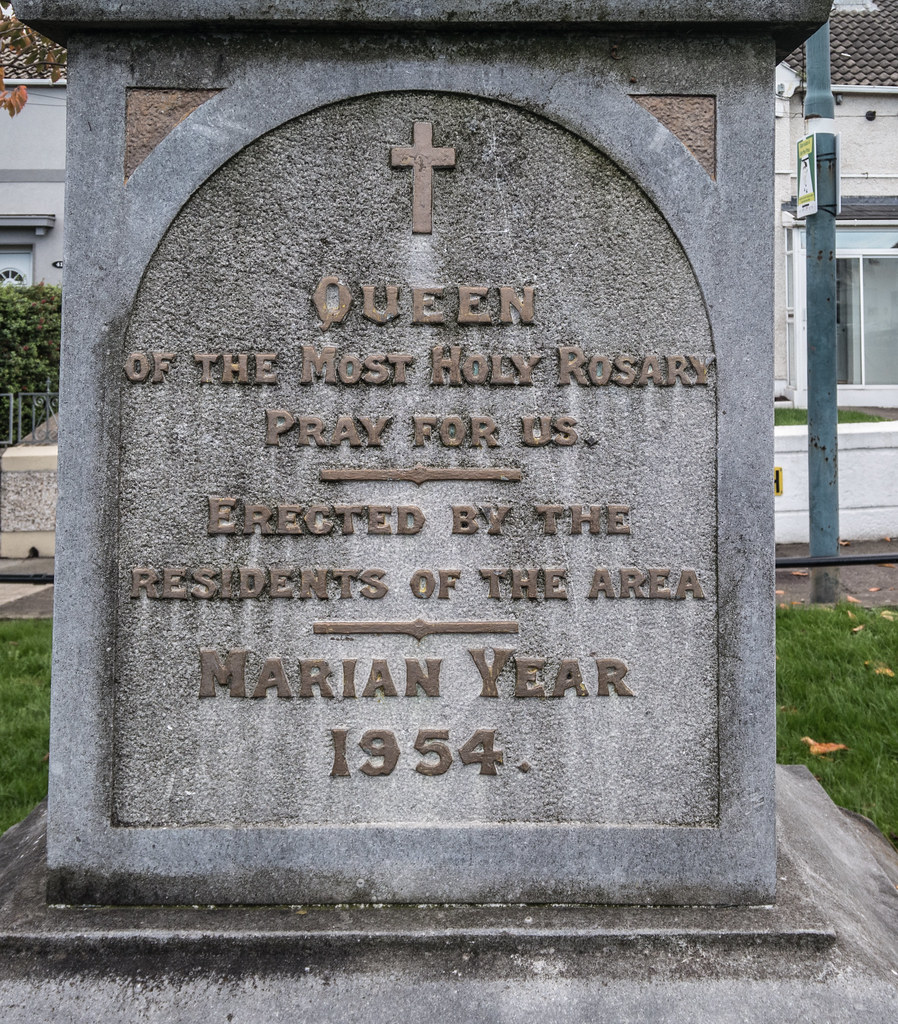 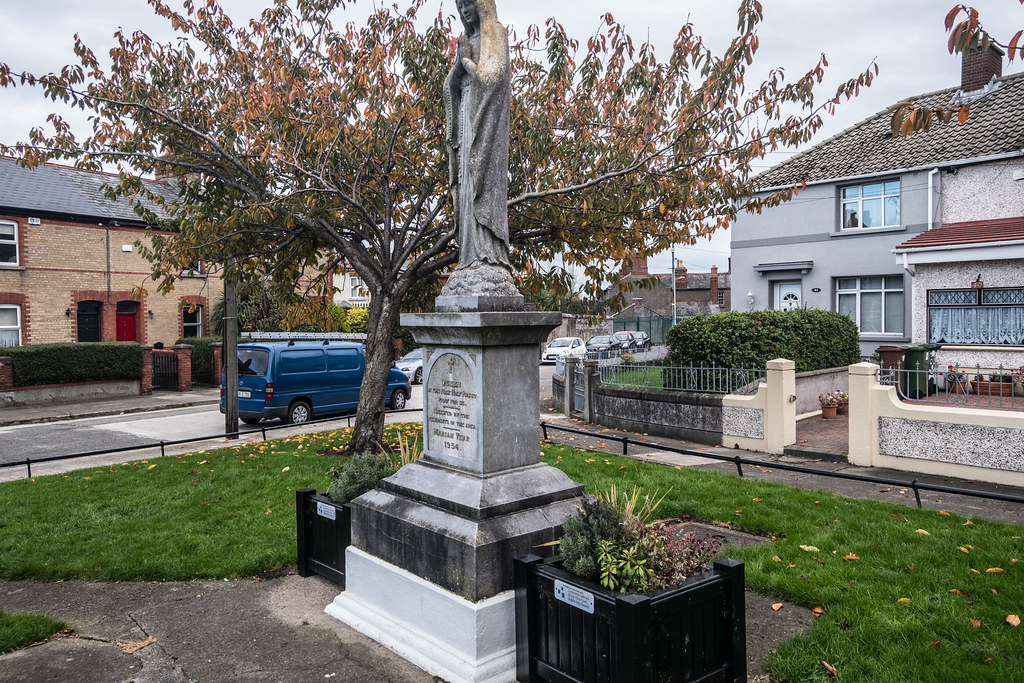 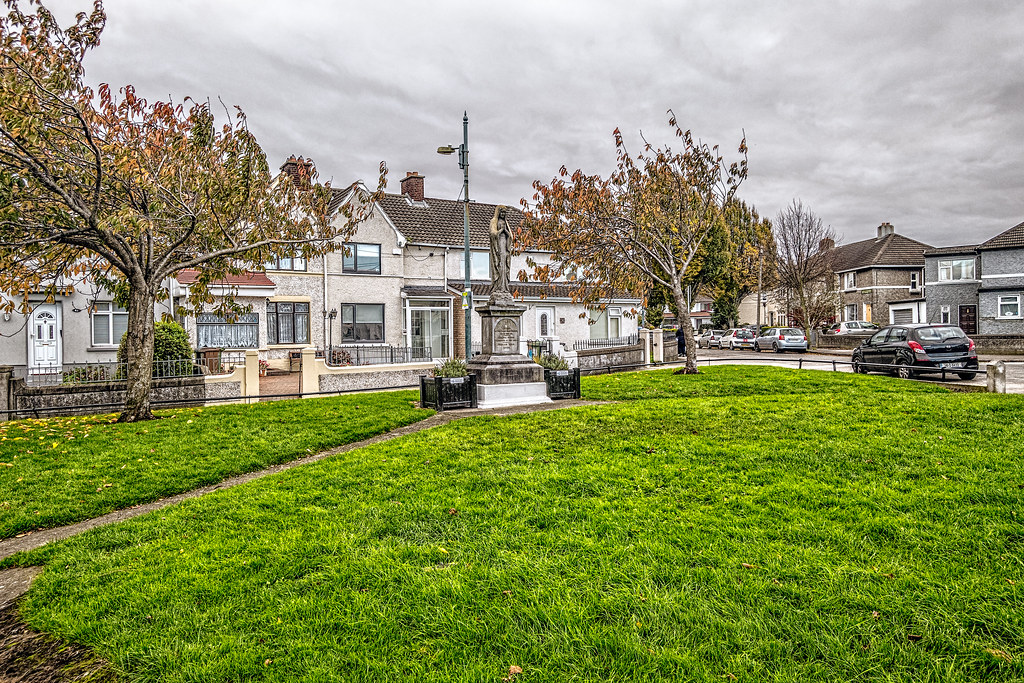 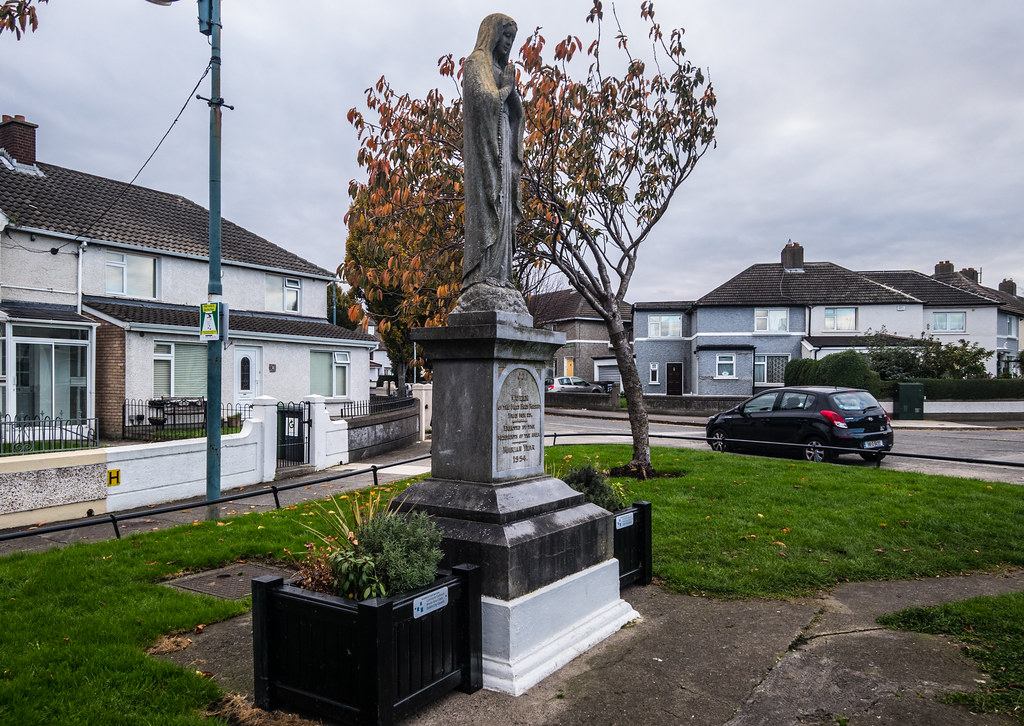 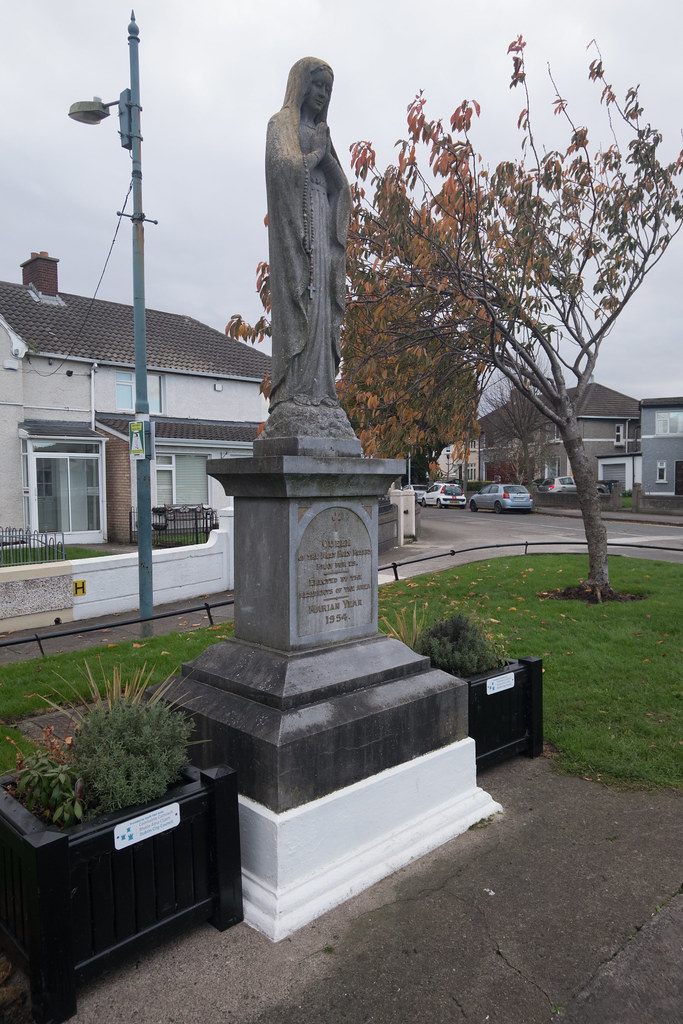 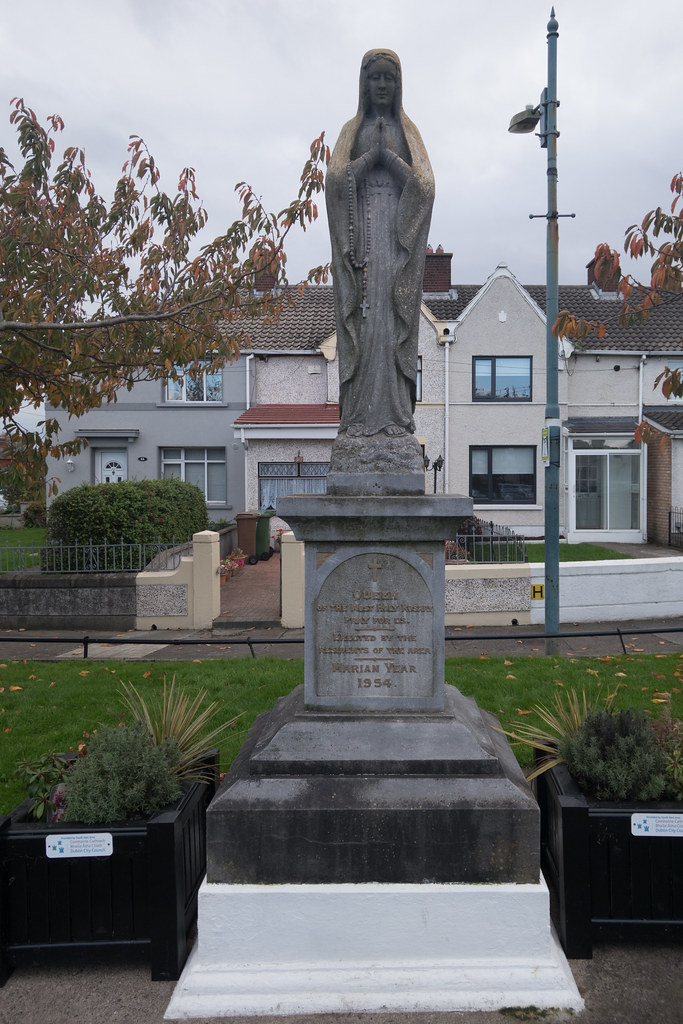 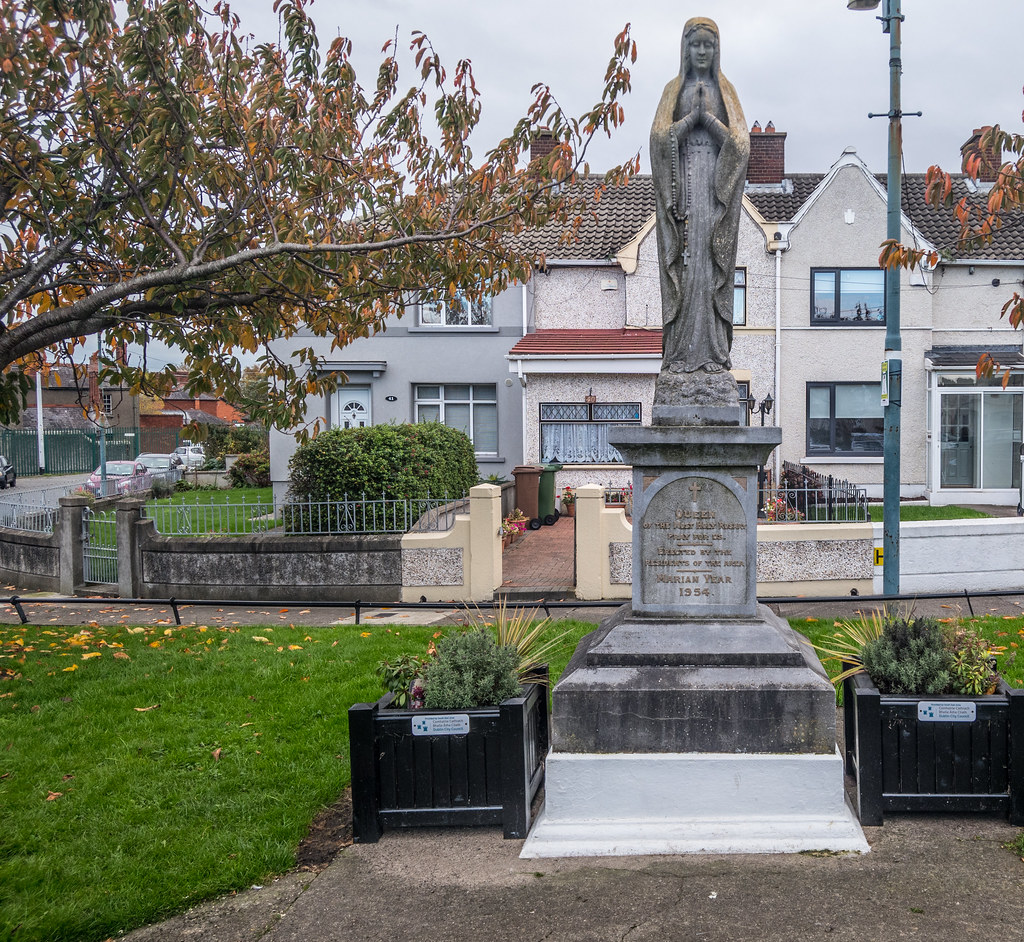