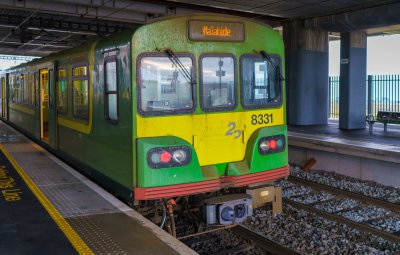 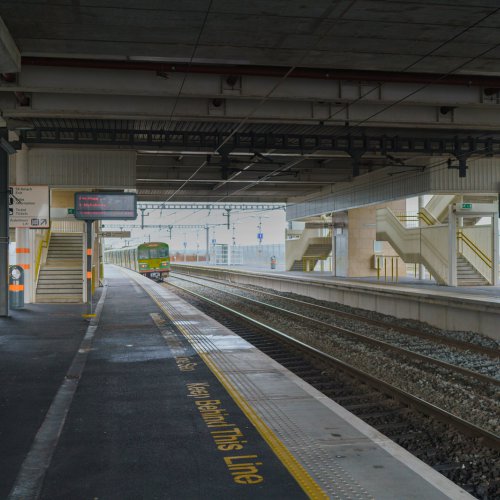 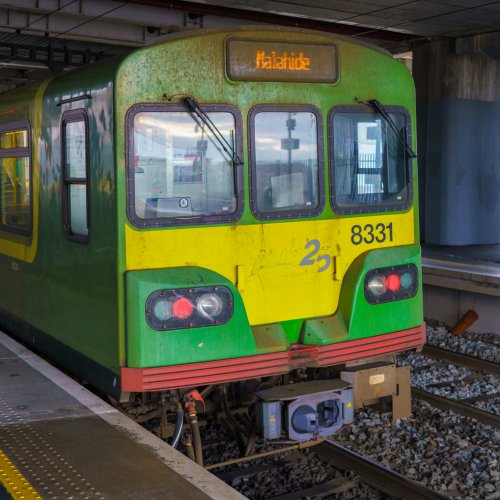 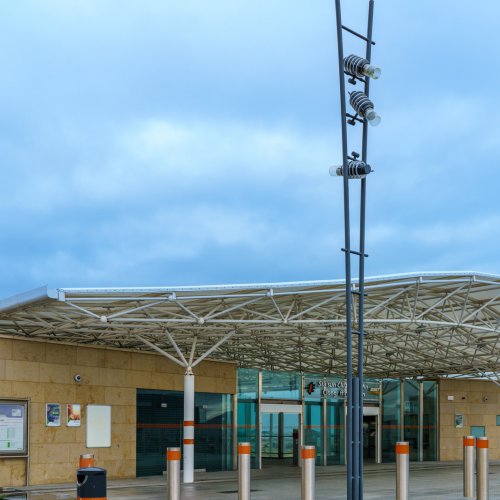 This photograph dates from 2016. Clongriffin railway station is a station at the western edge of Clongriffin on the northern section of the (DART), also accessible from Myrtle Avenue in Baldoyle and also serving other parts of northern Donaghmede, and Balgriffin.

There are two active platforms. A line splits off south of the station to provision a third platform, merging back just to the north; this platform is not in use. The ticket office is open from 6 AM to 9 PM, Monday to Friday. It is closed on Saturday and Sunday.

There is an underground park-and-ride car park with 400 spaces, open from 6 AM to 9 PM, free of charge for the time being and bicycle parking. The northern terminus of the number 15 Dublin Bus route is also adjacent to the station which runs to Ballycullen in the south of the city via the city centre.

A late night bus is provided by the 29N Nitelink service from D'Olier Street to Baldoyle Road, stopping on Grange Road approximately one kilometre from Clongriffin's Main Street. 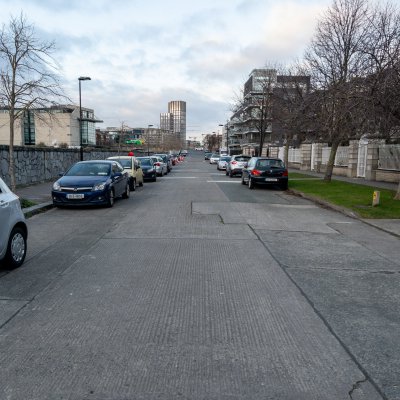 In February 2011 a 200-year-old section of quay wall beside the bridge at Bridge Street collapsed into the river Dodder. The collapse of around 40 metres of the wing wall on Fitzwilliam Quay happened early in the morning following high tide on the river. The reconstruction consisted of building approximately 50m of quay wall and tying-in the new masonry to the bridge at the junction of Bridge Street. As 26m of the original quay wall had collapsed into the tidal reaches of the river, it was necessary to remove all remaining elements prior to construction. The services in the location also had to be removed before being replaced with new chambers and ducts 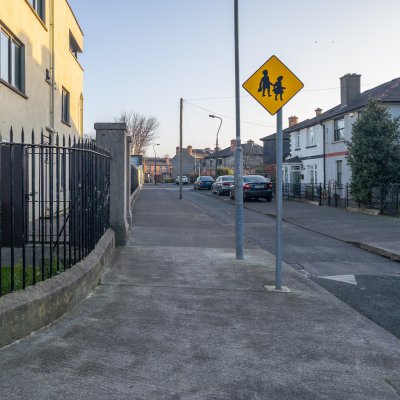 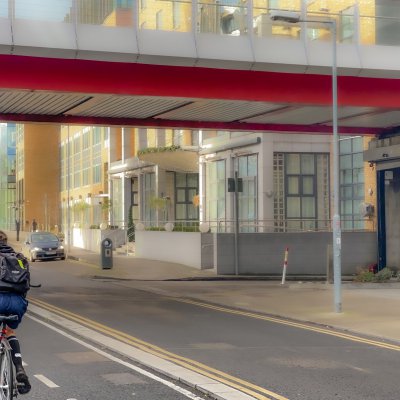