The Formal Garden was also know as the Masters Garden lies below the North Terrace on the Royal Hospital’s principal front and forms an important feature of the overall design. The hospital minutes of 1595 note “The gardens walls to be arranged so the garden may lie open to the north part…. for the greater grace of the house.”

Over the years, gardens, by their very nature, change and we know that the Royal Hospital Garden not only changed but was also periodically neglected. In restoring such early gardens one of the difficulties is in the inconclusive nature of historical evidence. The Minute Books of the Royal Hospital refer to planned works but it is not always clear that all the works were ever carried out or to which of the three gardens which once occupied the site they refer. Old maps indicate significant changes to the Formal Garden but there is no specific information of the original design.

In the early 1900’s when it was decided to restore the Garden the ‘ideal’ classical layout for a garden published by John Evelyn in 1664 was considered to be close to its original layout. The decision was made to use this ‘ideal’ plan as a basis for the first phase of the restoration. The more elaborate decorative form which the garden took at one stage was considered inappropriate and impractical to restore.

The basic layout having been established, the second phase of the restoration was initiated in the late 1980’s. To develop the gardens three dimensional features work began on the garden house, the walls, the paths, the structural planting of the hedges, topiary and pleached trees and, latterly, the fountain, entrance steps and terrace. The third and final phase developed the historical planting, including training structures for espalier trees along the walls, the planting of small trees and bulbs in the ‘wilderness’ quarters as well as statuary urns and garden furniture.

The intention in this restoration is to create features which represent 17th and 18th century Formal Garden design based on extensive research of the site and the interpretation of features of the time. In that sense it is important to understand that this is not an historical reconstruction but a restoration in the spirit of the late 17th and early 18th centuries.

The garden was restored to its present state by the Office of Public Works under the supervision of architect Elizabeth Morgan. 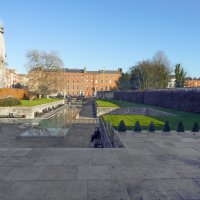 Abbey Presbyterian Church is a church located at Parnell Square, Dublin. Designed by architect Andrew Heiton of Perth, Scotland, it is a decorated Gothic building, with a spire 180 feet (54.9 m) high. The church was erected in 1864 with funding from Alexander Findlater, a Dublin merchant, and is known colloquially as "Findlater's church".

Abbey Presbyterian Church is a church located at Parnell Square, Dublin. Designed by architect Andrew Heiton of Perth, Scotland, it is a decorated Gothic building, with a spire 180 feet (54.9 m) high. The church was erected in 1864 with funding from Alexander Findlater, a Dublin merchant, and is known colloquially as "Findlater's church". 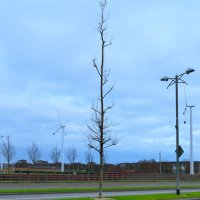 This photograph dates from 2016 when I travelled to the area by bus.

This photograph dates from 2016 when I travelled to the area by bus. 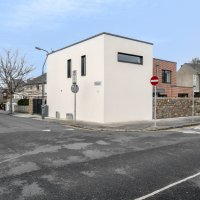