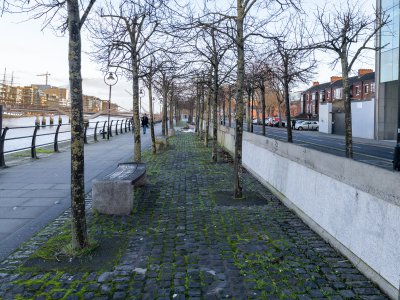 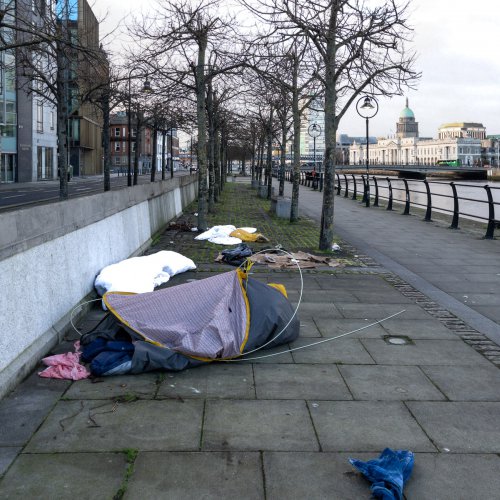 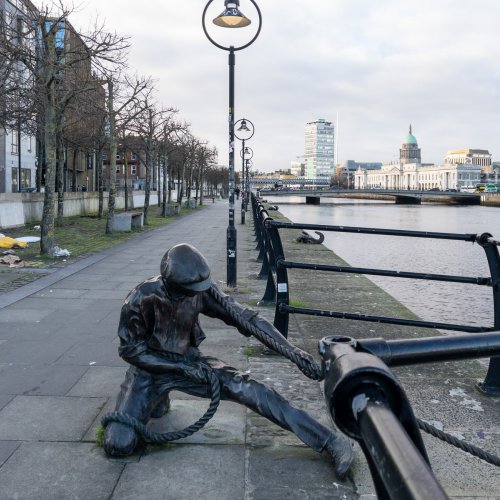 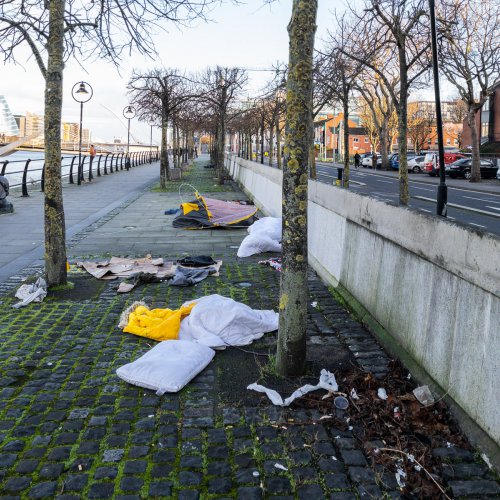 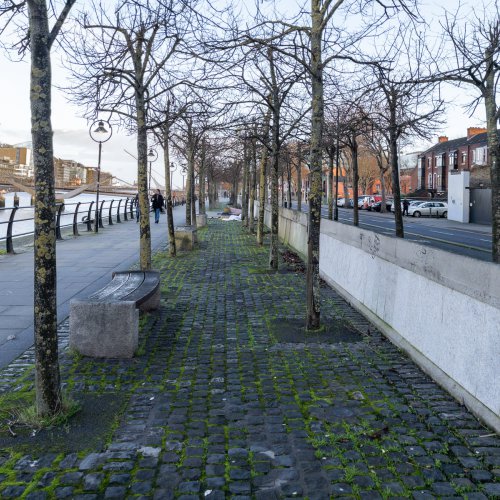 On the day after Christmas a homeless gentleman begging at the Millennium Bridge told me that his tent in the Phoenix Park had been set on fire and at the time I was not fully inclined to believe him but since then I have noticed that a number of "homeless tents" around the city centre have either been abandoned or vandalised. 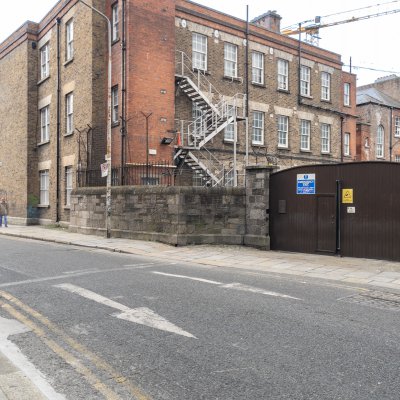 The world's first pneumatic tyre factory was based on Stephen Street. 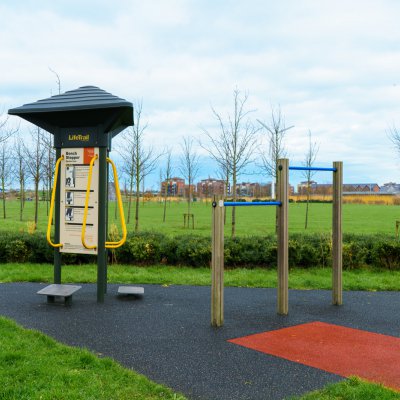 A PUBLIC SPACE IN CLONGRIFFIN

Father Collins Park, Ireland’s first wholly sustainable park, is located on Hole in the Wall Road, and was officially re-opened by the Lord Mayor of Dublin and blessed by Archbishop Diarmuid Martin on 27th May 2009, following a €20M redevelopment project. The 52-acre park was named in honour of Fr. Joe Collins, Parish Priest of Holy Trinity from 1975 to 1979, who was instrumental in securing the lands in public ownership for recreational use. 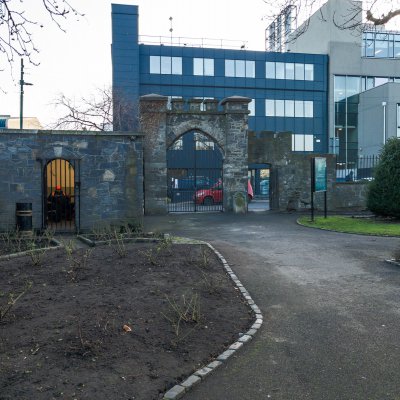 I visit St Kevin's Park and old Church every year at Christmas but this visit the place felt very different, as if something was missing. Initially I thought that it was the lack of people in the park but a I was about to leave I suddenly realised that Kevin Street College was missing.