“People living near Herbert Park have been lobbying Dublin City Council for some time to fix it up. Last week, the council revealed its new draft plan to do that. Among other proposals, the Herbert Park Conservation and Management Plan suggests that the water fountain be restored to working order, and that the railings be refurbished. It also suggests that the trees be thinned, and the paths be given more definition.”

AS YOU CAN SEE THE WATER FOUNTAIN HAS BEEN RESTORED
LOADING
Herbert Park is named after Sidney Herbert (1810-1861), the father of the Earl of Pembroke who, in 1903, offered the site to Pembroke Urban District Council for development as a public park. The famous Dublin International Trades Exhibition was held on the site in 1907, housing exhibits from the British Empire (including a complete Somalia village). Thereafter the lands were developed as a public park. The existing duck pond was constructed for the exhibition of 1907 to house the 'Canadian Waterchute', but little else remains of the original buildings.

Taken over by Dublin Corporation in 1932 the 13 hectares (32 acres), are a fine example of how a relatively small park can provide a variety of amenities such as football, tennis, boules, croquet and children's play area, while at the same time fulfilling an important conservational role in the heart of the city. Recent developments in 2007 have been the addition of a new children's playground and an all weather multi use pitch.
VISIT THE BALLSBRIDGE AREA OF DUBLIN
THE SAME FOUNTAIN PHOTOGRAPHED IN JANUARY 2019
BACK TO HERBERT PARK
STREET ART IN THE PARK
BEFORE IT WAS RESTORED 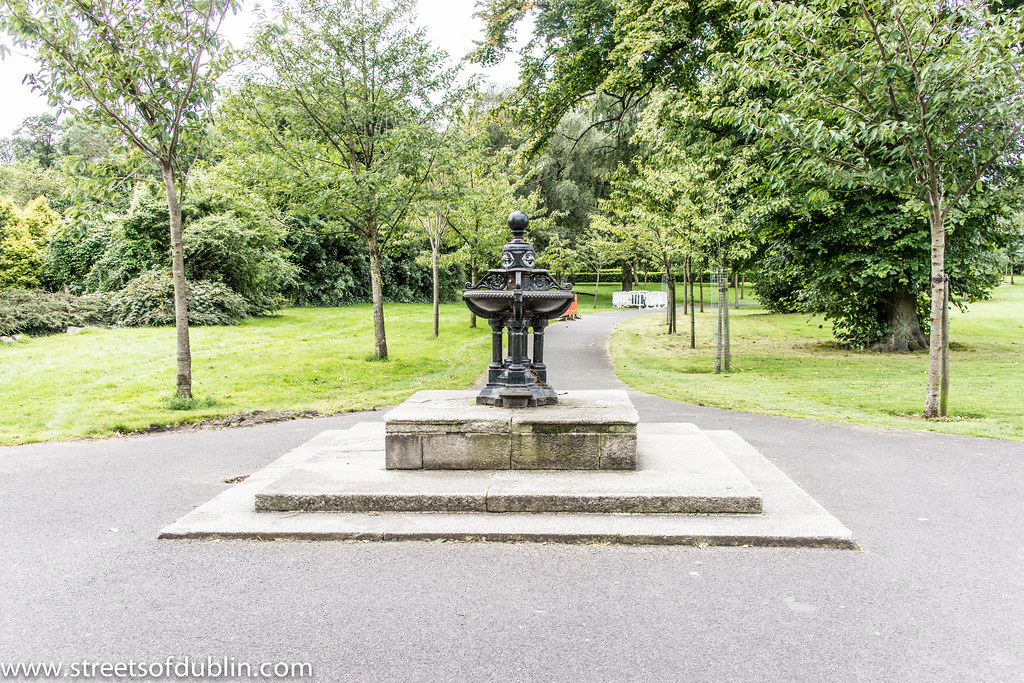