The Royal Irish Constabulary simply called the Irish Constabulary 1836–67) was the police force in Ireland from the early nineteenth century until 1922. A separate civic police force, the unarmed Dublin Metropolitan Police, controlled the capital, and the cities of Derry and Belfast, originally with their own police forces, later had special divisions within the RIC. About seventy-five percent of the RIC were Roman Catholic and about twenty-five percent were of various Protestant denominations.

In consequence of the Anglo-Irish Treaty, the RIC was disbanded in 1922 and was replaced by the Garda Síochána in the Irish Free State and the Royal Ulster Constabulary in Northern Ireland. 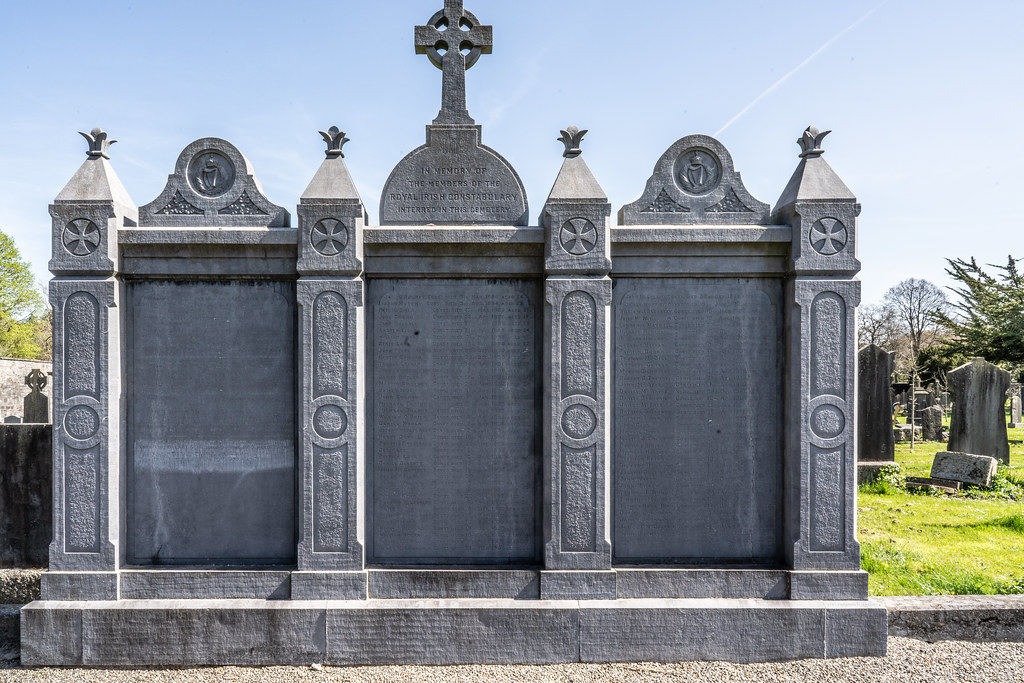