MEMORIAL NEAR THE TRAM STOP

One of the first to be killed in an accident involving a motor car.


Dr Isaac Usher was a popular resident of Dundrum at the beginning of the 20th Century. He did much for the town but unfortunately he was killed in one of the first accidents involving a motor car in Ireland, when a car struck him while reversing near the station in 1917. The residents decided to build a monument to honour him.

The monument was a stone obelisk with a source of water and a trough to provide drinking water for passing horses. There were also brass cups on chains which could be used for drinking by humans. The monument was placed right in the middle of the northern crossroads.
JANUARY 2018 VISIT TO DUNDRUM
EXAMPLES OF PUBLIC ART PHOTOGRAPHED DURING 2018
EARLIER VISIT TO DUNDRUM TO PHOTOGRAPH THIS MEMORIAL
MAY BE OF INTEREST: THE HAYES CROSS - ALSO KNOWN AS THE RAHENY CROSS
THE 2017 PHOTO DIARY BY WILLIAM MURPHY 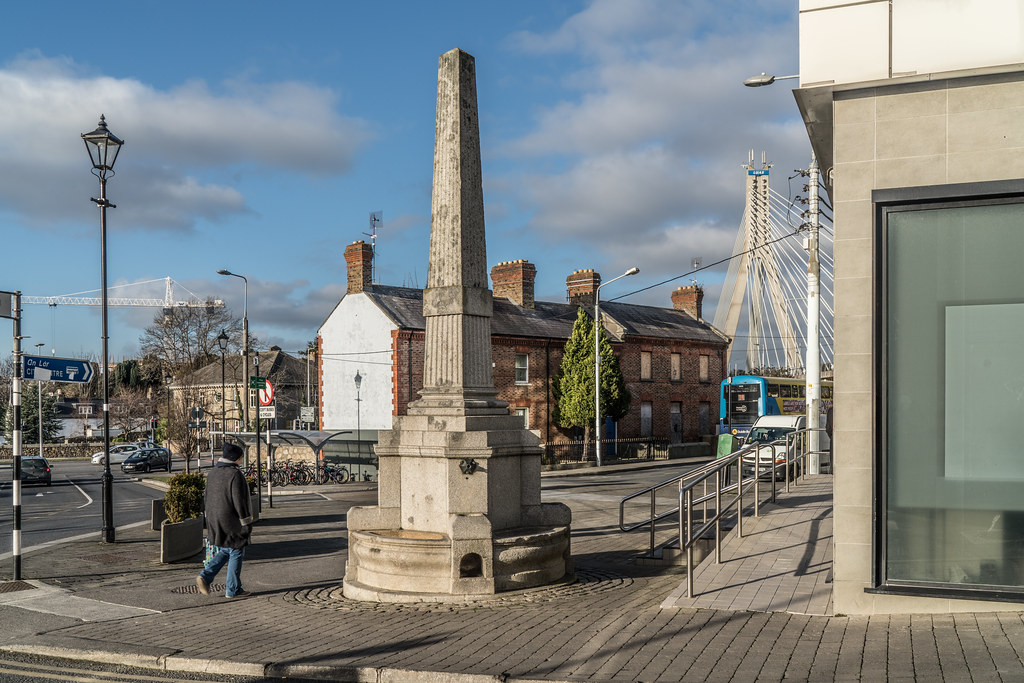 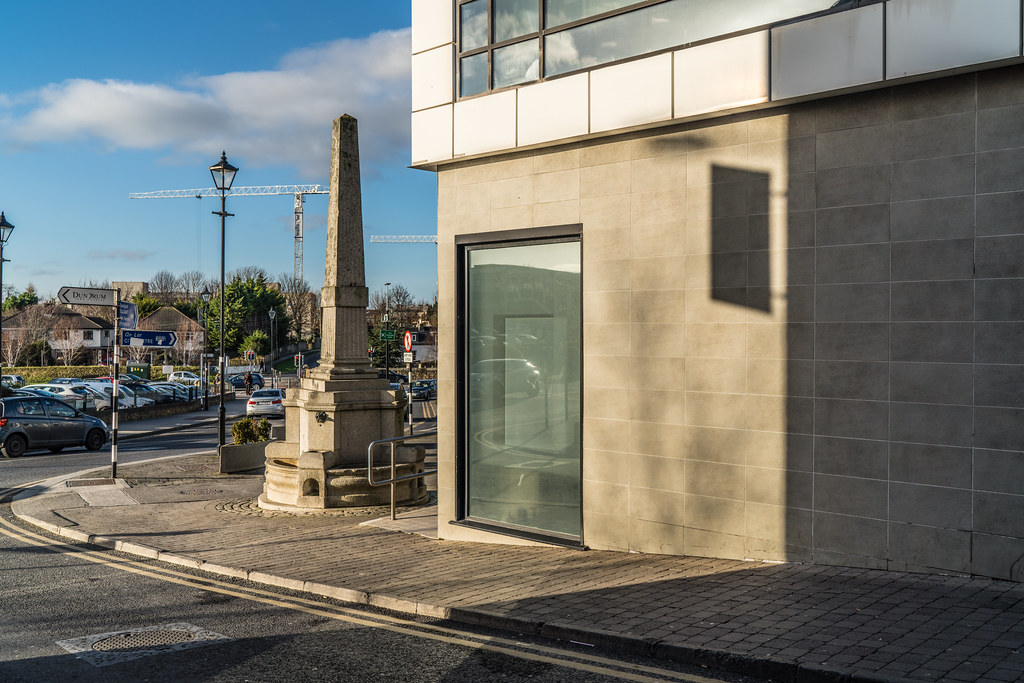 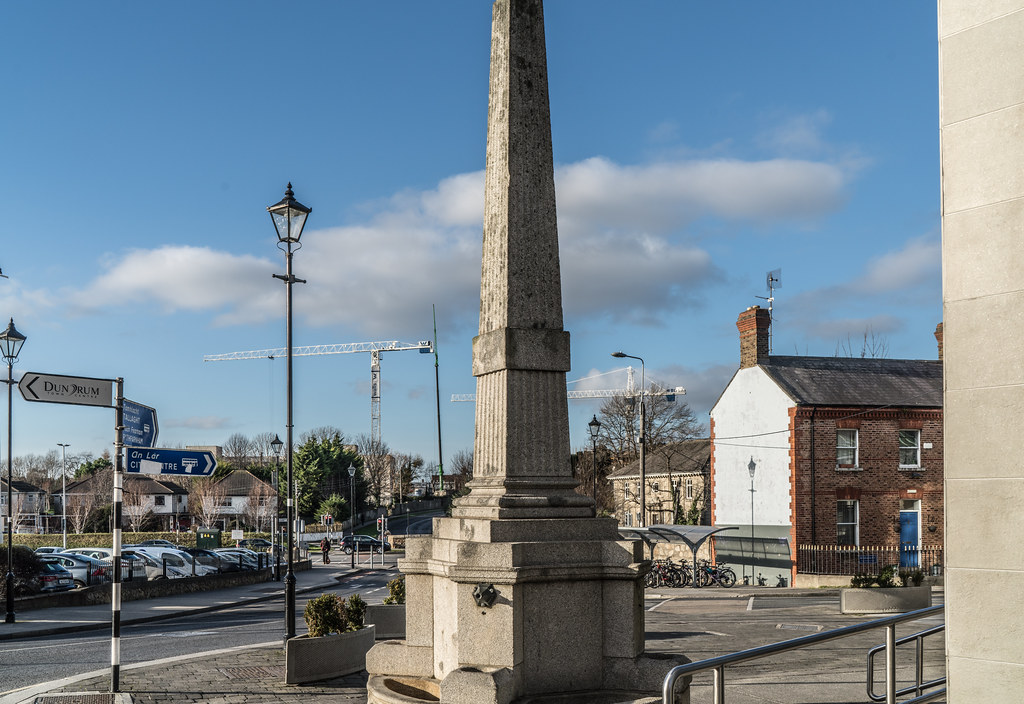 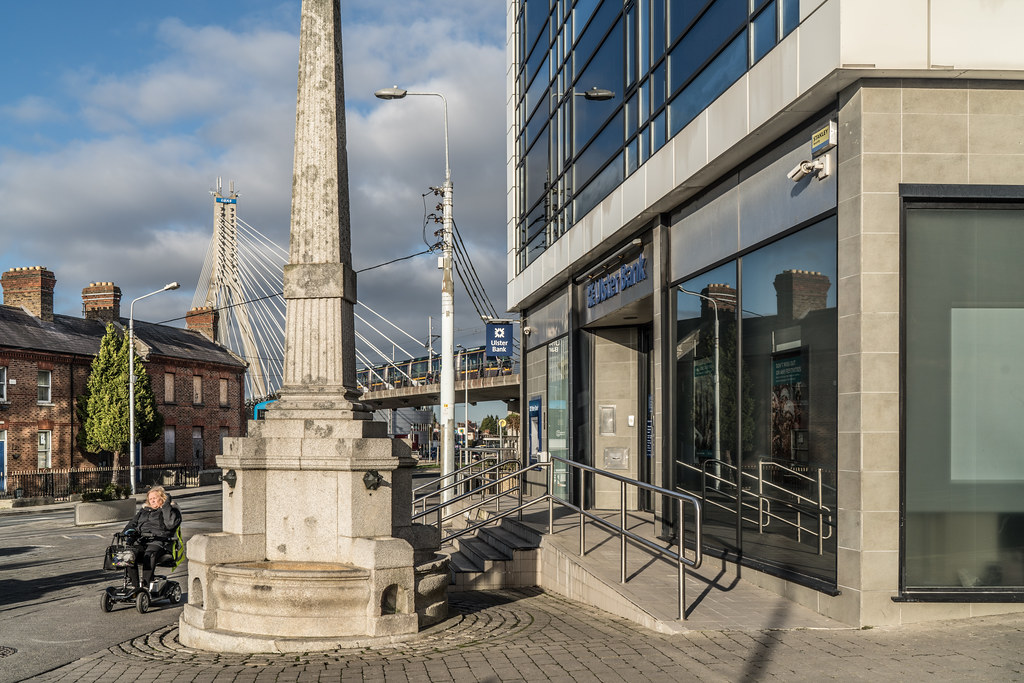 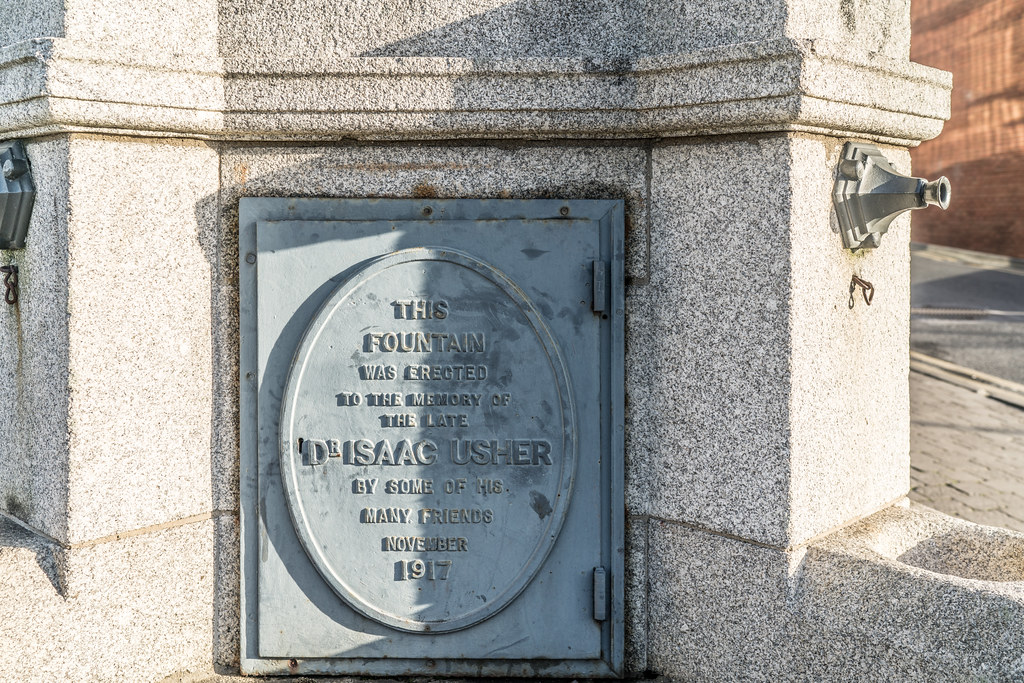 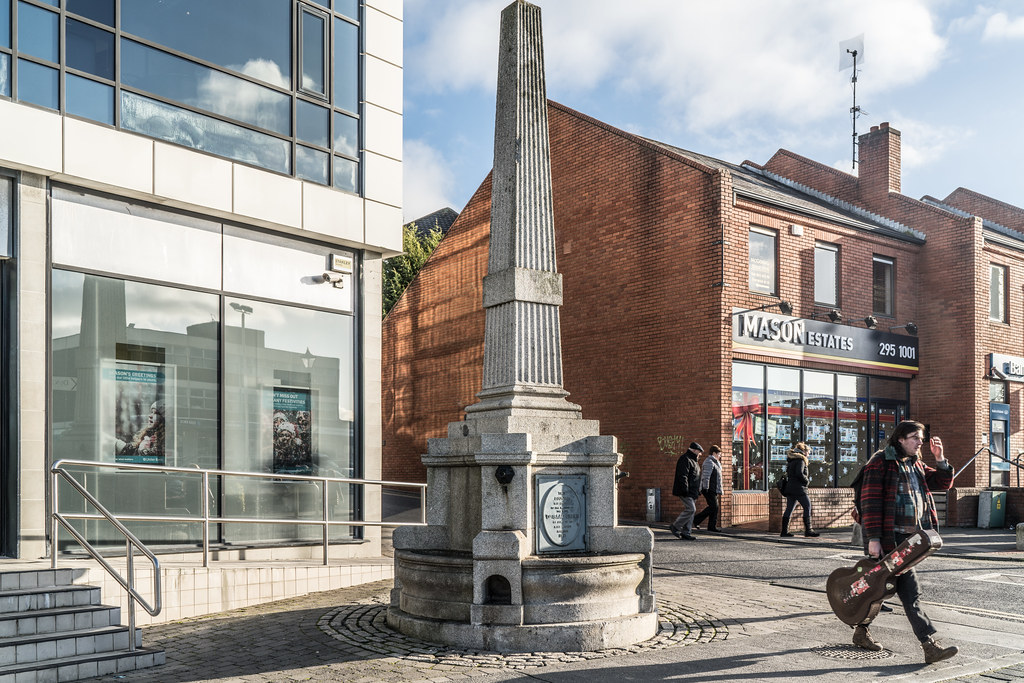