This structure was fully restored in 2002. The original was described as being a canopied drinking fountain [design number 20] with an elaborate 18 feet by 4 feet fountain


This was installed in Dún Laoghaire in 1900 to commemorate Queen Victoria's visit to Ireland.

Over the years it suffered many attacks and in 1981 the cast-iron fountain lost its 18-foot high canopy when it was vandalised.
The fountain was one of many celebrating Queen Victoria erected in Ireland and throughout the British colonies to a standardised design by Glasgow manufacturers Walter McFarland & Co. That company has since ceased trading but much of its business was inherited by another Scottish firm, Industrial Heritage, which was responsible for the structure's repair and restoration.
NEARBY: THE OLD TOWN HALL
RETURN TO THE PHOTO DIARY FOR FEBRUARY 2018 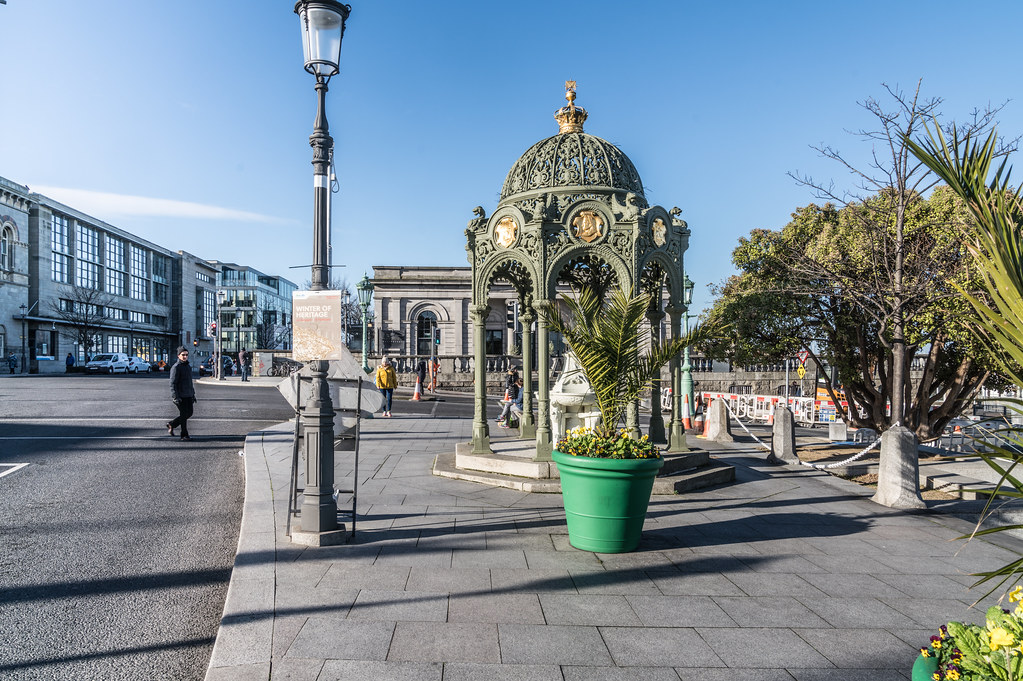 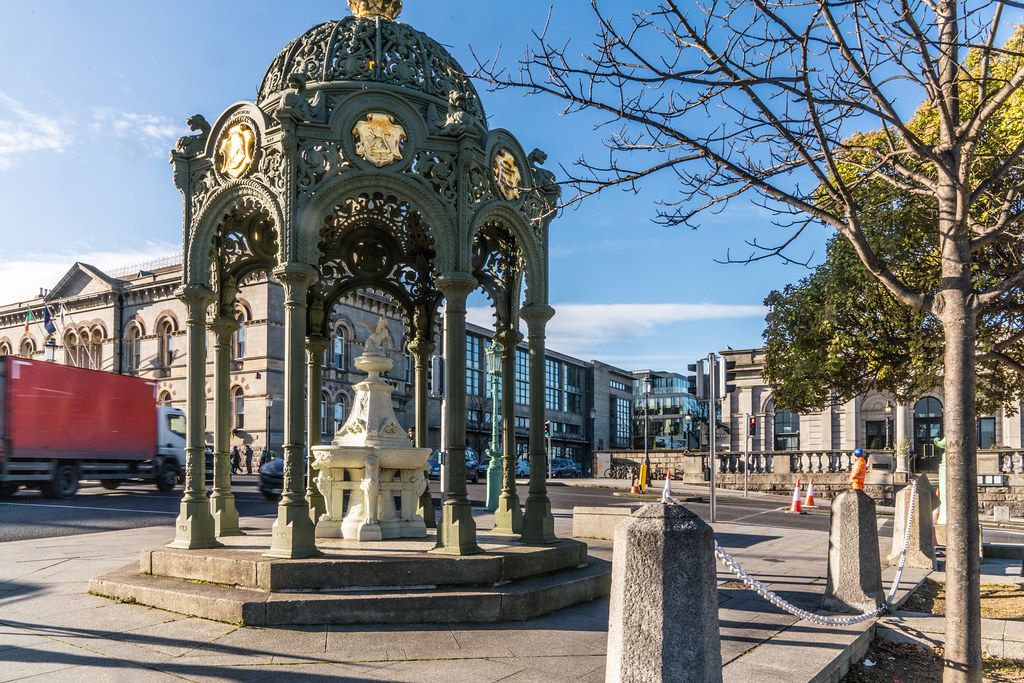 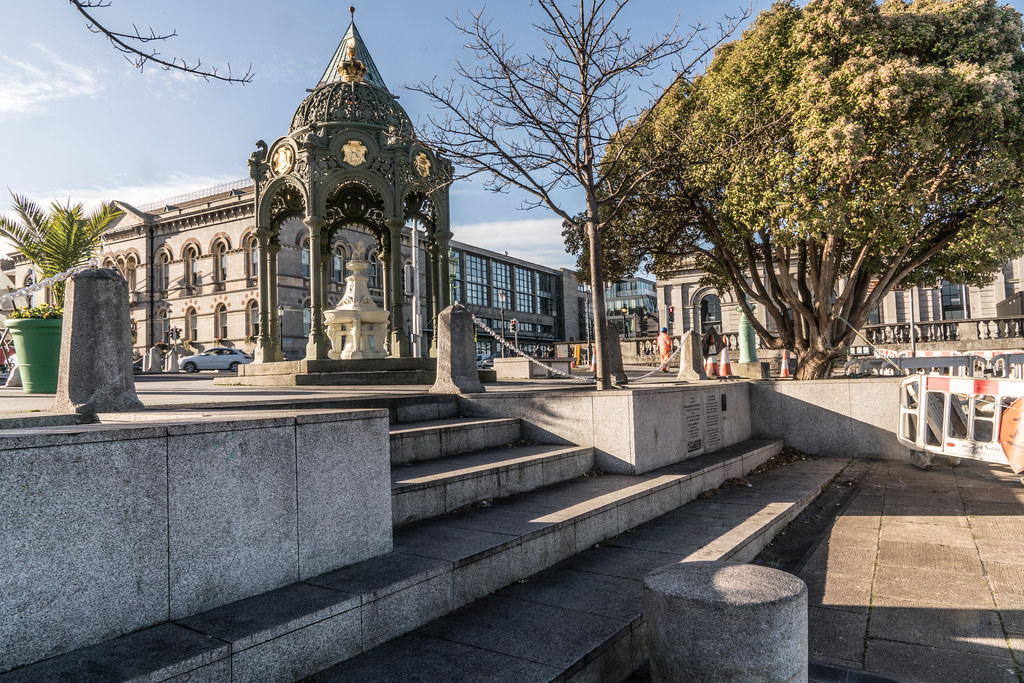 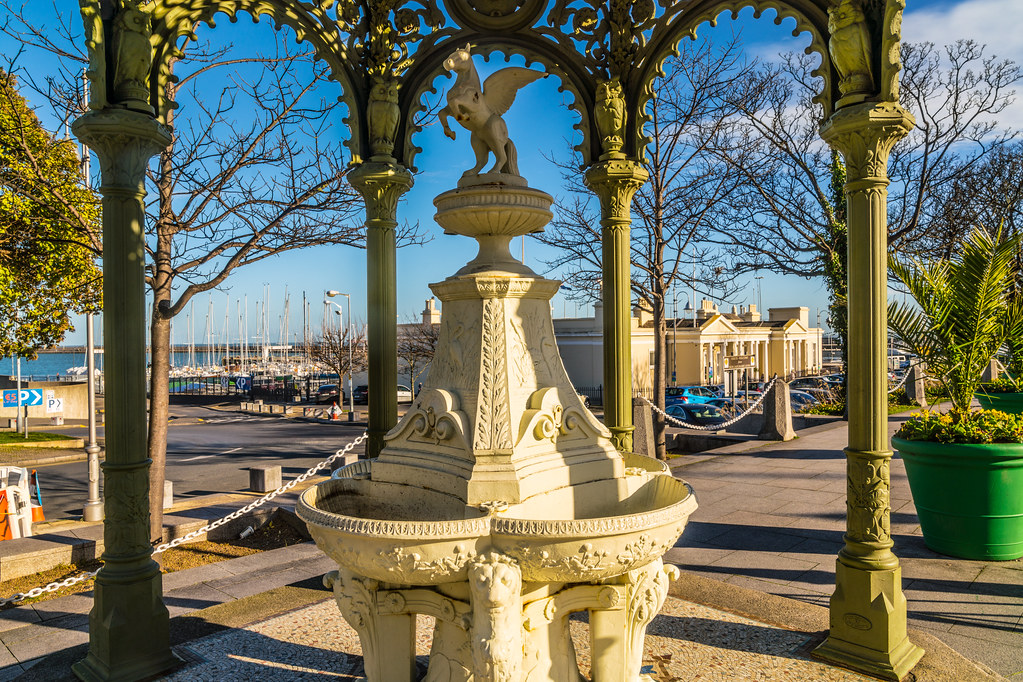 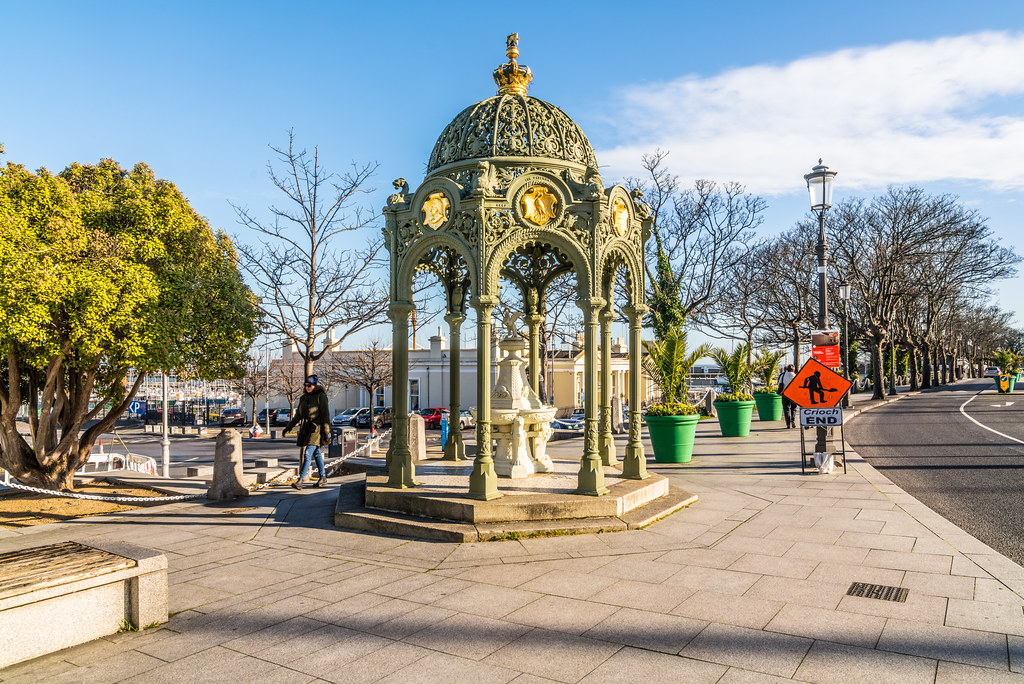